The family crypt: Cagliari nobility from the XVIII and XIX centuries

During the second half of the XVIII century another 5 crypts were created, placed on the southern side of the main one (area 7). They were financed by a few powerful families from Cagliari, those who contributed to the construction of the chapel corresponding to the aforementioned church. The various clients include the Arthemalle (Saint Anna chapel), the Belgrano (Saint Eulalia chapel), the Pinna (Chapel of Mercede); the Marine Corporation (Saint Erasmo chapel). The only crypt which is still visible shows part of the cover with a barrel vault, shaved at the top: what happened during the work carried out in the 1920s by Eng.Simonetti for the restoration of the church, where the floor was lowered. 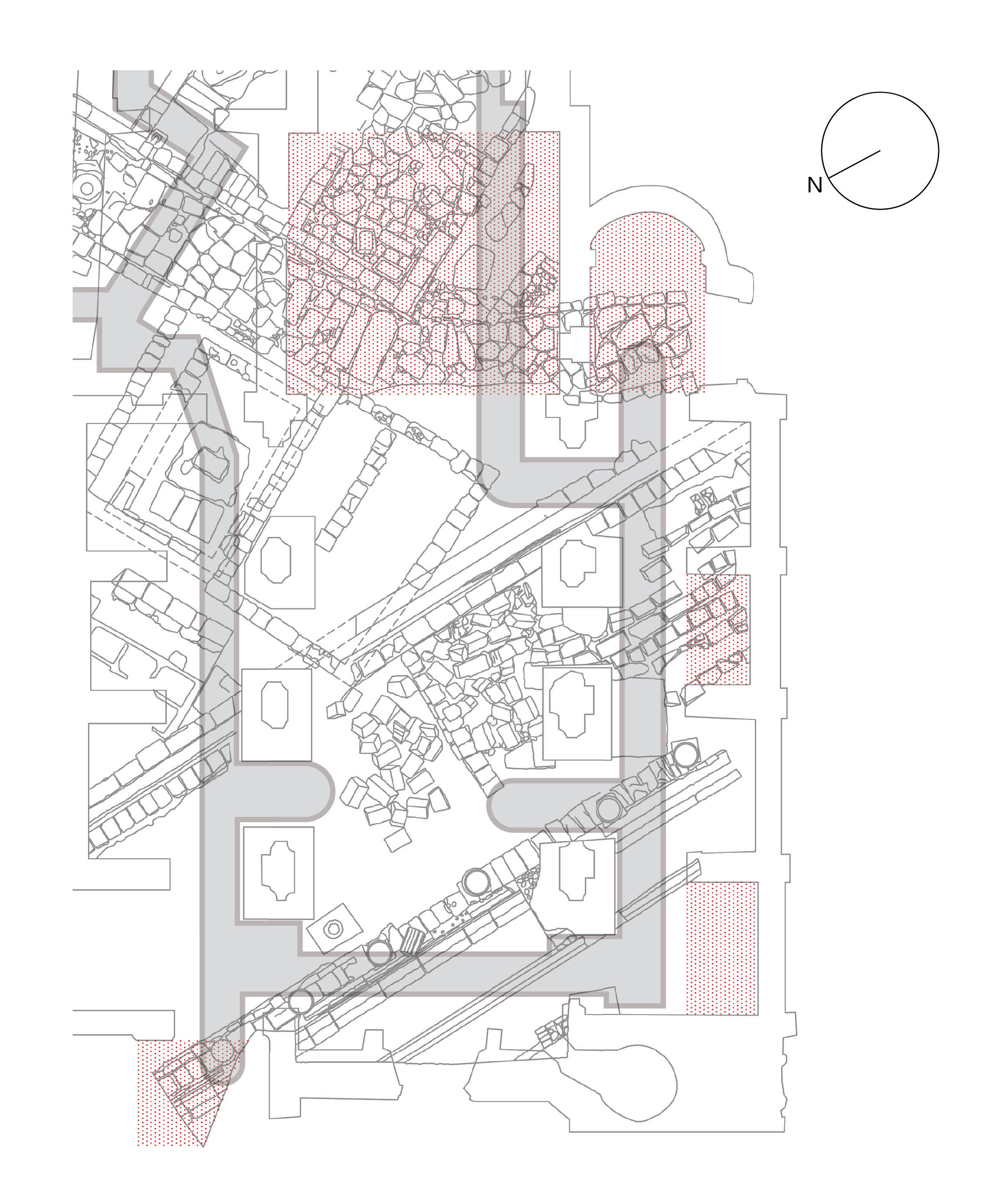