The sewer winds under the surface of the road useful to an area wider than that found, beyond the perimeter of the church. That maintenance was done through a small well which was still visible. Two sections of the pipe with a vault cover and consist of different techniques can be observed: one is dug into the rock and the other has walls covered with bricks and the base in clay-brick. It is assumed that a pipe is older that the other or that they were made by different workers. They were clogged by mud poured in at one moment (perhaps a flood) holding everyday objects carried by the water. These date the last use of the pipe to the VII century. Lithic manholes had to be placed on the wells. 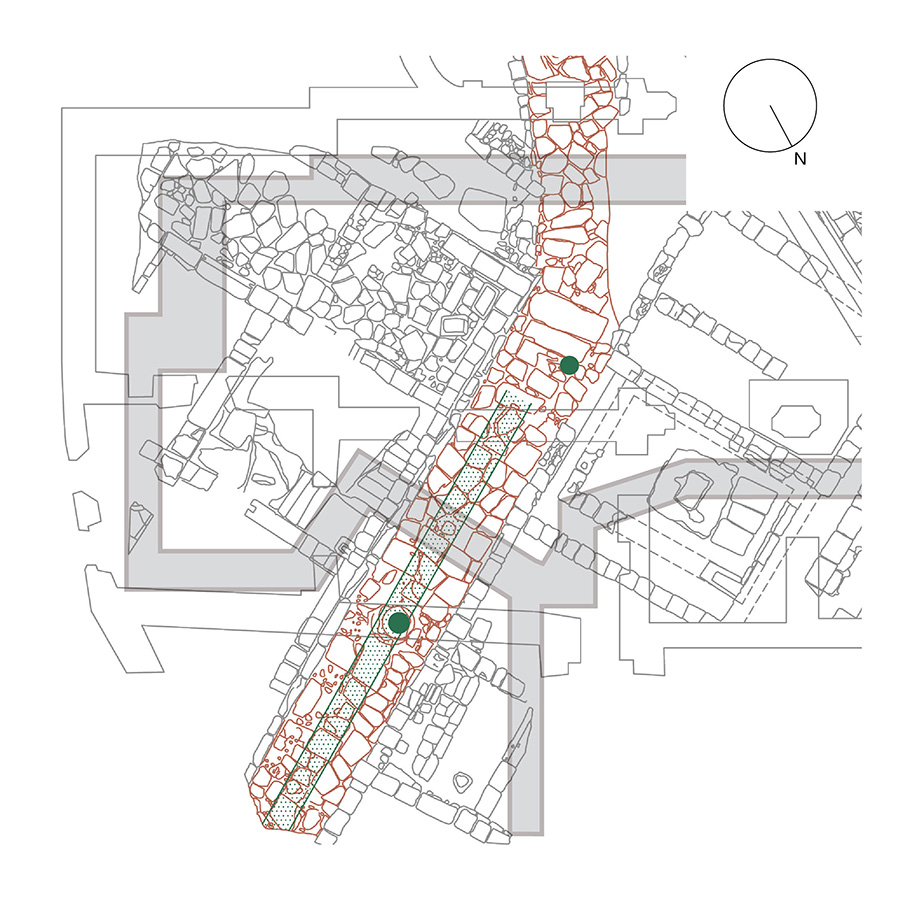